Discover Malaga´s wines and enjoy them at home, in Marbella

One of the most important cultural aspects in Spain is the world of wine. Deeply rooted in its culture, Spain is the first country with the largest area of vineyards in the world and the third largest producer of wine, behind Italy and France. Wine is produced in all areas of the country and there are 91 denominations of origin qualified as such, three of which are in the province of Malaga. 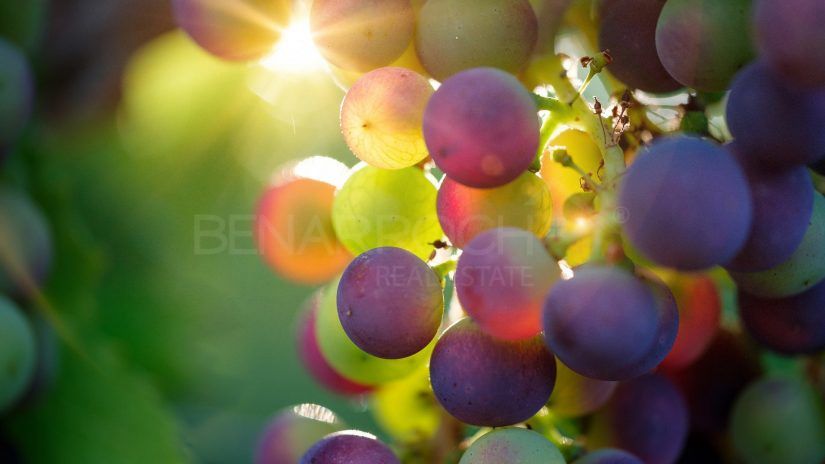 In the province of Malaga, wine was introduced by the Phoenicians. Already in the Roman period we have numerous indications that reveal the economic and social importance that its production had in the area. Over the centuries its quality and prestige improved and, after the Catholic Monarchs, the producers joined forces to defend their rights. After the phylloxera that affected the province, in 1900 a quality seal was created for exporters from Malaga to ensure the quality of the products. Later, in 1933, the Regulatory Council of the “Malaga” Designation of Origin was created and published its first regulations. Finally, in January 2001 the regulations currently in force were published, officially recognising the Sierras de Málaga D.O. and the council was renamed the Regulating Council for the “Málaga” and “Sierras de Málaga” Designations of Origin. As all the Designations of Origin, only a few grapes are allowed to make these wines.

There are currently three denominations of origin in the province of Malaga:

The production area of D.O. Sierras de Málaga coincides with that of D.O. Málaga It is made up of 67 municipalities located in four production areas: Axarquía, Montes de Málaga, Norte, Manilva and the subzone Serranía de Ronda.

These wines can be made from the following grape varieties:

These wines have a maximum alcohol content of 15.5%. They can be white, red or rosé wines and depending on their ageing they are classified as Crianza, Reserva or Gran Reserva. 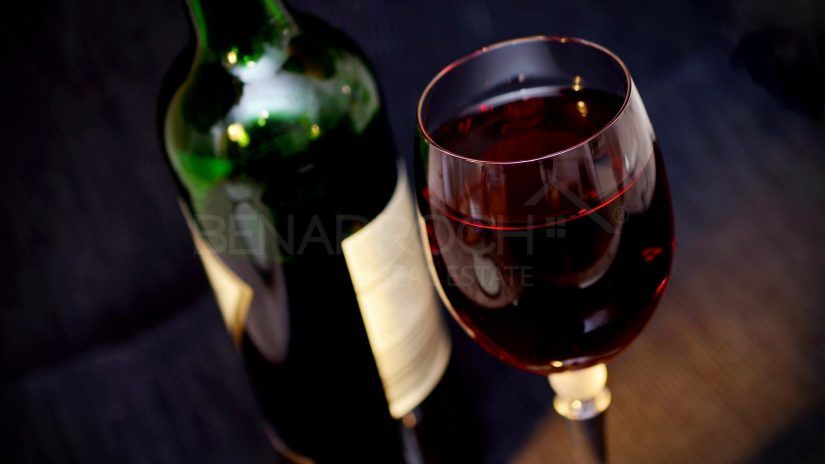 The production area of D.O. Málaga is the same as the previous one. The wines under this appellation are made mainly from the white varieties Pedro Ximénez and Moscatel. They are sweet, semi-sweet, dry or semi-dry wines. In this case, unlike the previous one, depending on the time they have been aged, they are classified as Pale, Noble, Aged or Trasañejo.

The third denomination of origin in the province is D.O. Pasas de Málaga.  These wines are made from raisins obtained by drying in the sun (the only one permitted by the regulations) of ripe fruit of the Moscatel de Málaga or Moscatel de Alejandría variety, harvested and dried in the region of La Axarquía (in the east of the province) or in the sub-region of Manilva (the most western municipality of the province). Its elaboration is totally traditional and natural.

One of the great promoters of wine in the region, and perhaps the best known, was Prince Alfonso de Hohenlohe, promoter of the Costa del Sol and numerous clubs and restaurants, as well as the well-known Marbella Club and Puente Romano hotels in Marbella. He was the one who attracted the entire Jet set to Marbella. In the 80s he started his estate, Cortijo Las Monjas, supported by three of his friends and international experts: Sasha Lichine, the Marquis de Griñón and Michel Rolland. Today, the vineyard on this estate is managed by the Cortijo Los Aguilares winery, which produces some of the best wines in the region.

There are currently more than 40 wineries in the province of Malaga. Most of them offer guided tours with expert winemakers where you can walk through the vineyards, learn about the winemaking processes and enjoy wonderful tastings paired with local cuisine.  All the wineries have very similar characteristics: small productions, a very professional and familiar management, and a bet on quality above all, which allows them to produce great wines that attract tourists, local people and great international experts. 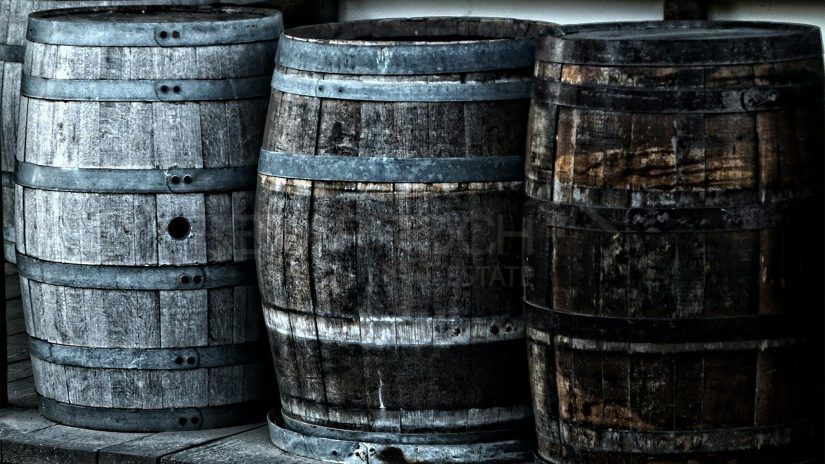 Some of the main wineries in the province that are worth knowing and trying are:

The winery Cortijo los Aguilares is located 5 km from Ronda. It is, without a doubt, one of the best known wineries in the area. The estate is an 800-hectare holm oak grove where Iberian pigs are reared, cereals and olives are grown, plus of course the vineyard which accounts for 18 of the hectares planted in 1999 at an altitude of over 900m and in an incomparable setting, where the Sierras de las Nieves and Grazalema generate a very special microclimate.

Its reds Pago El Espino, Pinot Noir and Tadeo are a benchmark in the appellation.

Friedrich Schatz, known to all as Federico, chose Ronda to found his winery, F. Schatz. He was, together with Prince Hohenlohe, one of the first to promote wine in the Serranía de Ronda.  Of German origin, after evaluating different countries and areas he decided that the Serranía de Ronda was his place. In 1982 he bought Finca Sanguijuela with the aim of making a high quality organic wine. His wines reflect tradition combined with modern technical means. Natural wines with a good balance, with mature tannins, soft and healthy acidity. Its red wines Acinipo, Pinot Noir or Petit Verdot representan perfectamente a la bodega.

The finca Descalzos Viejos has an area of 16 hectares and is situated in a wonderful environment on the Tajo de Ronda coast. At the highest part of the estate is the winery, located in an old Trinitarian convent from the 16th century.

In 1998, the current owners, the Retamero and Salesi families, bought the property and, in 2001, they began a long and costly process of complete restoration in order to convert it into a winery adjacent to the recently planted vineyards in the lower part of the estate.

Today the winery preserves numerous vestiges of its past, such as the existence of some frescoes in what was once the main altar of the chapel, which have survived the passage of centuries.

Since 2007, the winemaking process has been mainly aimed at obtaining wines that reflect the uniqueness of their environment. Its reds DV+, DV Iusta, DV Rufina and DV Aires are at a very high level. Its white Chardonnay is one of the best rated in the area.

In addition to pleasant tastings and guided tours of the winery led by the owners themselves, its official calendar of activities also includes jazz concerts, exhibitions or film screenings, especially in summer.

At the end of the eighties, Prince Hohenlohe joined forces with D. Juan Manuel Vetas, oenologist and winegrower, with the intention of planting vineyards and making red wines in Ronda. They both became pioneers of the red wines of the Serranía de Ronda with their renowned wine Cortijo Las Monjas.

Finally, in the year 2000, he decided to start his own project and founded his winery, Vetas, in the Finca El Baco, located in Arriate (Serranía de Ronda), in a small estate of almost two hectares where the vines are grown with special care and dedication.

Doña Felisa, founded in 1999 by José María Losantos and his wife, Gema Alonso is a 100% family-run winery and one of the most innovative in Andalusia. It is located in the heart of the Serranía de Ronda, in a place called “CHINCHILLA”.

Its reds Chinchilla, 6+6 and Encaste are well known along with Mercure a premium with a production of just over 2,500 bottles.

In addition to the tasting sessions and guided tours, the winery has great accommodation.

A native of Malaga, Jorge Ordóñez began his career as a Spanish wine exporter in the United States in 1987. Today he is the most important exporter of Spanish wines in the American market. He is also a winemaker and has several projects in Spain including this winery located in his homeland, Malaga.

Located to the north-east of the city of Malaga, in the heart of the Axarquia region of Malaga, one of the oldest wine-growing areas in Europe and famous for its excellent raisins, Jorge Ordoñez decided to found his winery in 2004 together with Alois Kracher, a famous Austrian winemaker known for his sweet wines. The winery was born with the aim of revitalizing the wine industry in their city, Malaga.

Jorge Ordoñez & Co produces its dry and sweet wines from the Muscat of Alexandria grape, the oldest clone of the Muscat variety in the world.

The winery has more than fulfilled its objective, producing the first and best dry Muscat of Alexandria, Botani, and reviving the tradition of non-fortified wines in Malaga.  The series of sweet wines, numbers 1, 2, 3 and 4, are among the best in the world.

Bodegas Quitapenas is one of the most renowned wineries in the city of Malaga. They were founded by the Suarez family in 1880 (although the winemaking tradition dates back to 1670).

Generation after generation have continued to care for the good work of wine and have been adapted to new technologies and market needs. Currently, the winery is run by the 5th generation of the family.

Bodegas Quitapenas is especially known for its traditional sweet wines, among which are the Quitapenas Málaga Dulce, Quitapenas Dorado, Málaga Oro Viejo and the Pajarete. In addition, they are producing a Vermouth which is proving to be a success.

Currently, the winery has three establishments in the city of Malaga where we offer tastings, guided tours, celebration of events or simply enjoy a nice meal paired with any of its great wines.

This family winery, Malaga Virgen, almost as old as Bodegas Quitapenas, has more than 130 years of history. At the end of 1885 Salvador López founded the winery, although it was a few years later, in 1896, when he teamed up with his brother Francisco and launched his three great brands on the market: Málaga Virgen, Sol de Málaga and Trajinero.

Today the winery is being run by the fourth generation, and gradually entering the fifth.

Málaga Virgen has 125 hectares of property in Finca Vista Hermosa and controls close to another 125 hectares with agreements with local winegrowers.

They currently produce 34 wines under the designations of origin, Malaga and Sierras de Malaga.

Among their wines, the Malaga Virgen or the Cartojal are especially well known, present in any of the fairs throughout Andalusia.

Spacious apartment with beautiful views to the gardens of the urbanization in Jardines de Albaicin, in Benahavis.The property is ...

Villa situated in the urbanization El Herrojo in Benahavis, a few minutes from San Pedro Alcantara and Puerto Banus.The villa has ...

Andalusian design villa situated in the urbanization El Madroñal in Benahavis.The villa is built on a plot of 4017 square meters ...

Villa situated in the centre of the Paraiso Alto urbanization in Benahavis, within a short drive to Puerto Banus, San Pedro ...

Mediterranean design villa situated in the urbanization La Quinta in Benahavis.The villa is built on a corner plot of 1700 square ...