After a four-year absence, the international team tennis tournament is back in Spain, specifically, in Marbella Golden Mile. The Davis Cup, which started in 1900 and was named after its creator, American Dwight Filley Davis, is the leading annual tennis tournament. Teams from 136 nations have entered the competition, and 16 teams will compete in the World Group, including the “Spanish Armada”. 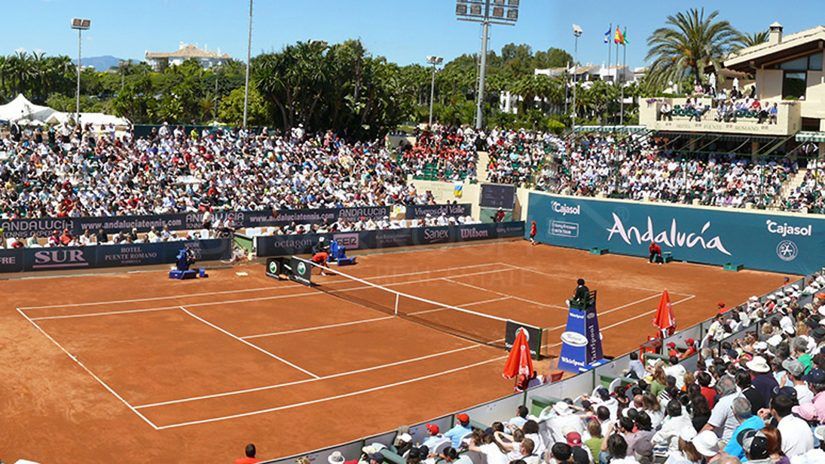 On 2, 3 and 4 February, the first-round of knock-outs will begin for the World Group, between the teams from Spain and Great Britain, on the centre court at Puente Romano Tennis Club, located on the renowned Marbella Golden Mile.

The match times over the three days have been planned as follows:

For the event, Marbella City Council has put on a special bus line to make it easier for spectators to get to the facilities. There is also a series of parking areas, with 1,400 spaces for visitors.

What’s more, during the three days, there will be activities related to the Davis Cup on the promenade in Marbella and at Puerto Banús.

The Davis Cup, besides being a major world sporting event, is an excellent opportunity to promote the city, its tourist attractions and recreational facilities, and as a holiday destination or home, in one of the magnificent properties in Marbella Golden Mile that Benarroch Real Estate is pleased to offer you.

Duplex penthouse located in the urbanization Sierra Blanca in the Golden Mile of Marbella just a few minutes from Puente Romano ...

Duplex penthouse in the urbanization Reserva de Sierra Blanca in the Golden Mile of Marbella just a few minutes from Marbella and ...

Luxurious villa situated in the urbanization Sierra Blanca in the Golden Mile of Marbella, just a few minutes from the centre of ...

Andalusian design villa situated in the Casablanca urbanization on Marbella's Golden Mile, very close to the beach and the ...